How long did Adam and Eve stay in the Garden of Eden?

How long did Adam and Eve stay in the Garden of Eden?

How long were Adam and Eve in the Garden of Eden? The answer is unknown. We know that Adam was created and placed in the Garden of Eden in Genesis 2:7. It took time for Adam to give names to all of the animals in the earth (Genesis 2:19-20). Did that take days, weeks or months? There are thousands of species living on our world. Then Eve was fashioned from the flesh of Adam and as a result came into existence (Genesis 2:19-24). We know that time elapsed between Genesis 2 and Genesis 3, but how much time? 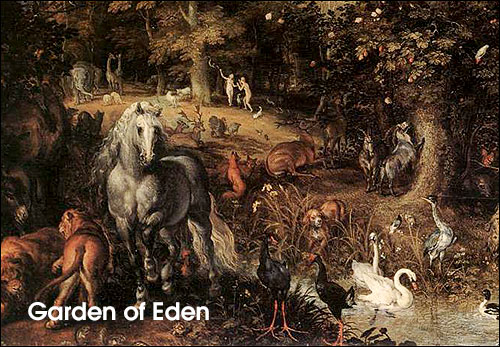 Temptation of Eve and Adam

In Genesis 3:1-6 Eve was tempted by Satan and eventually sinned because she wanted to be like God and the fruit was visually pleasing. After Adam sinned they became sinners and sin entered the world. Then we are told that they sewed fig leaves together because they now recognized that they are naked. How much time elapsed during the temptation? Did the temptation occur over days or in a single day?  Then we are told that in the cool of the evening God visited them (Genesis 3:8). It appears this occurred that evening and the announcement of the curse happened quickly.

Cast Out of the Garden of Eden

Then the Lord God said, “Behold, the man has become like one of Us, knowing good and evil; and now, he might stretch out his hand, and take also from the tree of life, and eat, and live forever” — therefore the Lord God sent him out from the garden of Eden, to cultivate the ground from which he was taken. So  He drove the man out; and at the east of the garden of Eden. Genesis 3:22-24  (NASB)

How long were Adam and Eve in the Garden of Eden? The Hebrew word for “sent” is shalach. It is an imperfect verb implying repeated action in the past. It may imply the activity of God removing Adam and Eve from the garden. Even if it does not, the context implies that God was eager to remove them since He did not want them to eat from the Tree of Life and live forever (Genesis 2:9). The Tree of Life would have enabled them to live for eternity in their sinful, physical state. That would have been a horrible existence, living for eternity as a sinner.

Children of Adam and Eve

Genesis 4:1-2 reveals that Adam and Eve had two sons after they were removed from the garden and Genesis 4:16-17 indicates that people existed in a region called Nod. It was there that Cain married his wife. This implies that a lot of time elapsed somewhere between Genesis 2 and Genesis 4:16-17. Did the time elapse between chapters 2 and 3 or between chapters 3 and 4? Obviously, time elapsed between the birth of the two boys in Genesis 4:1-2 until the two boys were adults in Genesis 4:3. How old were they when Cain murdered Abel? Since Romans 5:12-13 implies that Adam and Eve’s children were born after the fall, that would imply that other children were born and the earth was being populated as children grew to hundreds of years of age after Adam and Eve were expelled from the garden. That is, Cain and Able were the first children and other sons and daughters were born in Genesis 4. Children were not being born in Genesis 3.

How long were Adam and Eve in the Garden of Eden? It would appear to be a short time. It does not appear to have been very long since they did not eat of the Tree of Life. If they had lived there a few months or years most likely they would have already eaten of the Tree of Life. What a disappointment to have been removed from paradise. But God did it for their benefit. Imagine living for eternity as sinners.

The apostle Paul hated living in his sinful body (Romans 7:24). He said, “Wretched man that I am!” God foresaw the horrible consequences that would have occurred if Adam and Eve had eaten of the fruit of the Tree of Life. Therefore, He pushed them out the Garden of Eden. It seems reasonable to conclude that He moved them out quickly after He pronounced the curse of Genesis 3:14-19.

Where did Cain's wife come from?
How was the world populated?
How many children did Adam and Eve have?